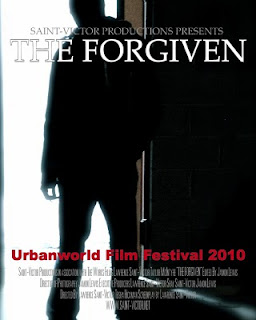 Many loyal fans may have wondered when they would see Lawrence Saint-Victor(Guiding Light’s, Remy) again. Recently, however, we learned that the good looking leading man from the day-time drama is keeping busy both on and off screen. Saint-Victor is not only capable of delivering great comedic and emotional scenes on television, but he is also adept at making films and can offer just as much behind the camera that he does in front of it. 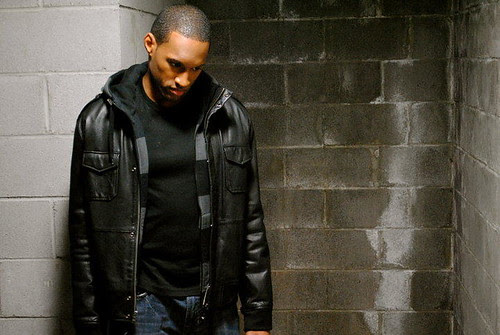 In his eleven-minute short film that recently aired during BET’s Urbanworld Film Festival, Saint-Victor offers a malicious, engrossing and contemplative story about forgiveness and fearlessness.

In the opening scene of “The Forgiven”, a man is discovered bound and gagged and is beaten profusely by a couple of assassins. Moments later, Gabriel (Saint-Victor), also a hitman, is given the assignment to kill a young girl, played by Taylor McIntyre. She’s being held captive, awaiting her fate. It’s obvious that Gabriel has a strong fondness for the girl from the moment he seees her. Once she learns that it is her turn to be killed, she prays
for Gabriel and asks God to forgive him. Afterwards, telling him that if he is going to kill her, he has to do it while looking her in her eyes. Conflicted, Gabriel must make a decision to kill his victim or be killed!

The short was entirely engaging from start to finish. Along with co-director,Teisha Hickman, the duo pays great attention to detail and the theme of this fictive plot. Lawrence Saint-Victor astutely teams up with his wife, Shay Saint-Victor, Executive Producer and Co-Director, Tiesha Hickman and Executive Producer, Editor and Director of Photography, Jamon Lewis (The Works Films), to create a world in this 11 minute film that would take some a feature length of time to produce. 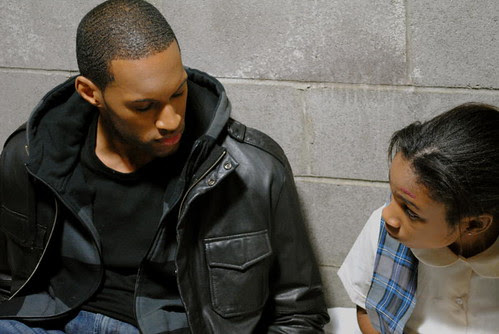 Saint-Victor gives a credible performance as a hitman, even with the many hats he wears as Writer, Editor and Director. The most astounding performance, however, was delivered from the 11-year old actress, Taylor McIntyre. McIntyre’s portrayal was honest and natural. She bore a truthfulness that compares to a young Dakota Fanning. I hope to see her in future films.

“The Forgiven” will also be featured in the Big Apple Film Festival during November 2nd- 6th @ Tribeca Cinema. So if you missed the premeire showing, you can still catch it there. In the meantime, check out the trailer below!

Article by Contributing Guest Squeaky Moore of XI Magazine
http://www.ximagonline.com/xi-in-focus-the-forgiven/
Posted by Unknown at 10:16 AM