By Squeaky Moore of XI Magazine 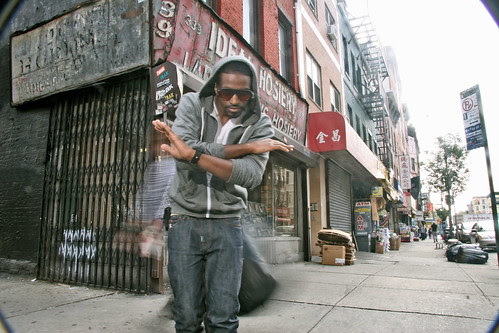 XI Magazine is all about What’s New. What’s Now. What’s NEXT! This week, What’s Next is our Who’s Got Next artist, J. Ivy. Poet and word-smith, he is all about telling the truth in his work and keeping it all positive and powerful. Not just a bland poet or cliche spoken word artist, J. Ivy is bridging the gap between hip-hop and poetry and doing a phenomenal job of it with his up-coming release “Here I Am.” Recently I sat with him and got an in-depth look at who J. Ivy is and what he’s all about!

A person born with a talent to speak lyrical prose and verse melodically. One who stands in a league of his own. Plain and simple, a poet from Chicago, born James Ivy Richardson III. A simple dude blessed with a great talent that is certainly being used.

XI: Compare and contrast your music to Rap music.

Hip hop was born out of poetry- The Last Poets [A group of poets and musicians] were the God father’s of hip hop. So they were the one’s doing poetry in parts of Harlem, back in the 60’s, over a drum rhythm. So for me, it was a matter of bridging the gap, and trying to remind people that this [what I do] is one of the same; though they are different, they are definitely related. Poetry has been here since the beginning of time, you know, God created the world with the Word. So for me it was always important to try and remind people of the strenght of Poetry. On the other hand, I’m a hip hop baby, that’s the style of music that I grew up on, the style of music I was always drawn too. So when it came time to put music with my work, naturally it was going to be hip-hop because that’s what I listen to on a daily basis.

XI: I want to talk about your new album, “Here I Am.” When is the release date?

XI: The music, the rhymes and the lyrics, how did it all come together? What was the creative process like for you?

It was important to me to have a strong musical bed with this album. Also, the concepts of this album were important. I wanted to put something out there that could keep people motivated. Like with personal battles that people go through, with self-esteem issues and self- doubt; I wanted to use my music to continue to build hope and wake something up in people and try and help people remember who they are. To me, it’s just a matter of doing that and remembering who you are. We all have the ability and power to make whatever it is we want happen. Sometimes we tend to forget we have those abilities.

XI: For those that have followed your work as an artist, they’d know your poetry has evolved, and your artistry has transitioned over time. Through all the years of writing poetry and performing, what have been your transitioning points that have helped you to evolve as a poet.

The one thing I’ve always wanted was to grow and get better. From the first time I was ever on stage, [in high-school], I received a standing ovation. I wanted to find that feeling again. I started doing open mics, and hosting at Rituals, which was the biggest poetry spot in Chicago and [to me] in the nation at one time. Then, I did the first season of HBO’s Def Poetry Jam, which took things to the next level; being recognized in New York. I did a show in Jamaica [with Carl Thomas] and people were recognizing me from HBO. Then I did the recording with Kanye and Jay Z on “The College Dropout.” So it’s always been a contiuous process of one thing leading to the next. But the root of it has been me just striving to do better. Like when a year has passed, I definitely like to look back and say ‘okay, I am in a better place than I was a year ago.’ Even if it may not be on a mountain top and just shooting straight up, as long as I am gradually climbing and getting better, it pleases me because I know that I am going to continue to get better. 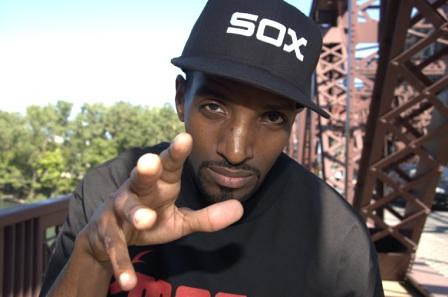 XI: Your music is different than other music that is being done today; it’s trendsetting. Have you thought about the notion that your music can possibly alter the history of music.

Yes. Like I’ve always, for whatever reason, felt like I was appointed to do different things…. Not only different, but the first to do things. Like being the first poet out of Chicago to be on Def Poetry Jam, or the first to be on a rapper’s album [Kanye West’ “Never Let Me Down”]. When it comes to the music, even though there has been other extraodinary talent to put poetry to music, I am taking things to the next level. While creating this album,“Here I Am”, that thought was on my mind every step of the way. I didn’t want to rush the moment or cheapen it [just] to have something out there. I think, ‘how do I make this the best moment and not be selfish.’ I know that this [the message] is bigger than me. It’s important to be that vessel, that instrument. It’s not about the ears that it touches in this generation but generations to come. It’s important that people hear and receive healing from it, that it saves lives, and it helps people make right decisions about life.

XI: How is your music relevant today?

It is a positive and a much needed message that’s not heard from many artists today. My music fills a void and is a reminder of who we are or who we should set out to be. It will make people try to better themselves and that is what I want listeners to take from my album.

XI: You’ve said that your influences are greats such poets as Maya Angelou, and Langston Hughes. As well as, The Last Poets and your peers that you’ve had opportunities to work and travel with like Triple Black, Malik Yusef, Brenda Matthews, Jessica Care Moore, Black Ice, Abyss and recently Thea Monyee. How do they impact you and your work?

When you see the best, it inspires you; helps to bring the best out of you. I didn’t come up around poetry…I wasn’t conscious of poetry until later on. Dr. Martin Luther King was my hugest influence because of how he spoke and the way he touched people. When I was in Highschool, I started doing poetry that other people wrote. I always wanted to perform like Martin Luther King.

XI: You have already performed with Jay-Z, Kanye and John Legend. Who, if anyone, would you absolutely love to do music with in the future?

It’s sad because the one person I really want to perform with, I will never have an opportunity to…Michael Jackson. But I would love to do something with Jill Scott, The Roots—I really appreciate their music.

XI: Some of your early hip hop influences that helped shape your musicality were Big Daddy Kane, Tribe Call Quest, NWA, Public Enemy, Eric B and Rakim, Run DMC, and Slick Rick. Who do you look at now for that same inspiration musically?

Well now its Outkast, Nas, The Roots and Common has always been my all time favorite. Not sure if it is because we are both from Chicago, or that we are both Pisces, [He chuckles], but I’ve always related to him, the way he put words together and the way he tells stories.

XI: What are some of your biggest moments thus far, aside from winning a Grammy for your participation with “Never Let Me Down” on The College Dropout album and your standing ovation on HBO’s Def Poetry Jam?

[Reminiscing on his mom coming to the first show he hosted at Rituals] My mom is super-critical. It was major to impress her. A big moment has also come with the early reactions that I have been getting from my album. They love it! The reactions have been great.

XI: What has been the process for you as an independent artist? Would you like to remain independent?

I feel like it’s going to be hard no matter what situation im in. If you’re with a label, you have a lot of cooks in your kitchen. As an independent artist, I have to maintain my kitchen. But it’s run the way I want it to run; it has my voice. I have to build a team and things have to stay moving. My budget makes things happen a little slower, but my reward will be bigger because I’m not locked in. I don’t have to answer to anybody. I would rather be on this side of the fence. Though, I would consider the right situation if it came along.

XI: Can you give advice to upcoming independent artists? Poets?

Constantly work at getting better and never stop! Don’t get thrown off by the no’s, you will get a thousand of them, but that one yes…
Stay true to yourself.

J. Ivy’s music is positive and has a much need message that he feels isn’t heard from many artists today. The words in his poetry reminds us of who we are and who we should set out to be, and are very spiritual. To stay connected with J. Ivy you can visit his website at www.j-ivy.com. Also, click here to listen to his title track on his album“Here I Am”.

Posted by Unknown at 9:10 PM No comments: