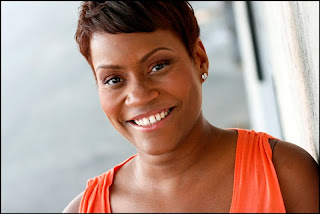 So, I went on a commercial audition yesterday that went really well! Actually, no more than 2 hours later, I got a call from someone who put me on a "first-refusal"! I hate first refusals! Every-time I get one I have to go back and get an understanding of the meaning again! lol. So, I go to research what it means exactly, all over again and come across a blog by this guy Ed who made the best sense of it ever!!!! So ofcourse I want to share....oh btw. I have already put this commercial shoot dates on my calendar and am claiming to God that I book it! NOW! so I will let you know soon. Just check my "extra, extra, read all about it", section.

Here you go: Right of first refusal doesn’t mean squat, but at least I was in the race.

Posted on March 6, 2011 by Ed Wagenseller After a relatively quiet six months in the auditioning world things have suddenly picked up. It started with an audition for a national commercial for GreenSmart Lawn Care for which I was called back on and almost booked (more on that later), a reading for Teen Spirit a TV series being done for ABC Family, Army Wives on Lifetime, and an industrial read for Qwest which is some kind of computer security thingy. What does all of this mean? Nothing. The GreenSmart Audition was in Charlotte, NC. For those of you just joining this blog or are not familiar with NC geography, I live in Wilmington, NC and Charlotte is a three and a half to four hour drive (one way) depending on traffic. Yep that is 8 hours round trip, 16 hours total including call back and add a another 8 if you book it. One day of my life for the opportunity to land a job. That’s America’s worst commute hands down. But anytime there is a national spot, even one for cable as this one, I make a point of going. I always check to see if there is a callback. This one had no callback listed. Of course when I arrive I find there will be a callback for which I am sure I will be asked to come back to Charlotte for next week. I am called back, I do go back and I am offered right of first refusal. So what does this mean? In my 11 years of doing commercial work anytime I was offered right of first refusal I always got the booking up until last year when Crestor reneged on their offer and chose a male model for the spot. I was devastated. That was going to be a cash cow. So this time when I’m offered first refusal, I’m not counting any chickens, but I am still confident that things will go my way. Surely it couldn’t happen two times in a row! You know how this one ends. In my frustration I call the world’s greatest agent to vent. “Hey Rusty, this is Ed”
“Hey buddy”
“What the hell is going on?”
“Hell if I knew that I wouldn’t be a casting agent.”
“It just doesn’t make sense, why do they offer me first refusal if they are going to cast someone else?”
“Yeah its frustrating, but its out of our control and we are all in the same boat.”
“ This is the second time in a row this has happened.”
“Well this happens more often than not.”
“That doesn’t make any sense.”
“This business doesn’t make much sense.”
“I just don’t understand why they tell me to clear my schedule just so they can cast someone else.”
“Happens all the time.”
“Did they book one of your talent on the job?”
“Yep, sure did.” “Did they put him on first refusal too.”
“Of course” (pause) “Huh?” “Oh yeah I had four guys on first refusal.”
“That’s crazy. You mean they offer first refusal to more than one person?”
“Oh yeah.”
“But every time I’ve been offered first refusal I’ve booked the gig with the exception of Crestor and now this one.”
“Sounds to me like you’re spoiled. Like I said, it is the rule more than the exception that folks put on first refusal don’t get the job. You’ve just been lucky.”
“So they put multiple “dads” on hold and then let the client (aka company) choose? Wow, I have been lucky.”
“Oh yeah, man. They put four on first refusal within one hour after the callback.”
“Well damn. (pause) That makes me feel a little better. Hell I thought that I was the only one and that for whatever reason they didn’t like me and went back through the tape and chose someone else. I didn’t know it was, in essence, a third call back.”
“Oh yeah, like I said more often than not folks put on first refusal don’t get the offer.”
“Wow. 11 years of doing commercials and I’m just getting a grasp on this.”
“Yeah. That’s just how it works, all we can do is be battling on the last lap”. Rusty is a big fan of NASCAR.
“Alright, Rusty. Thanks for your time and I appreciate the clarification.”
“You got it buddy.”

Click. So the moral of this story is simple. You don’t have the job until you are on set shooting the damn thing. The up side is I’m getting ready to board a plane for Las Vegas to work on some Industrial video projects for RE/MAX International with Corporatainment Productions and Hank and Jed Moving Pictures. Should be a blast, plus I’ve never been to Vegas. That’s all for now. Check in soon. Peace, Ed
Posted by Unknown at 6:34 AM