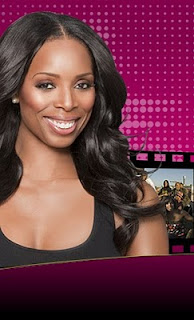 When thinking of Tasha Smith, the first few thoughts that come to mind are around-the-way-girl, real, cut-throat, loud and tell-it-like-it-is! These are just a few attributes that come to me, solely based on the type of characters I have watched her play in movies like Tyler Perry’s “Why Did I Get Married” (1 and Too) and “Daddy’s Little Girls.” But personally, experiencing Tasha Smith during her workshop, has shed a whole new light on who this driven, passionate, spiritual and funny woman that I met at TSAW (Tasha Smith Actor’s Workshop) during the Urban World Film Festival2010 is.

We first learned of Tasha’s spirituality as she began the workshop with a prayer. She declared blessings and understanding over the class and prayed for our instruments (what we use to act/perform). She rebuked fear and prayed that our faith was released…then her tutelage officially began.

Tasha showed her humility by stating “I may not be the best actress in the world, but my passion for what I do and teaching you what I know about this technique is strong!” In Ms. Smith’s workshop she provided a no holds barred, multi-level instructional session for actors based on her mentor, Ivana Chubbuck’s technique, which can be found in her book The Power of the Actor.

Tasha’s passion for acting and her love for teaching indeed spews from her every word. What she teaches is simple – use what’s in yourself to build your character; apply your experiences and circumstances to your role and to each scene you’re in. The training she provided helped to strip away all of the layers of ’stuff’ - the pretentiousness, self-consciousness, the desire to push and/or mimic, etc. – so that you are finally left with something simple and pure…a human being having a sincere experience and living in a moment of truth.

Tasha led class along with her two Los Angeles instructors, Zenja Ricks andBrooklyn McLinn, who were equally as knowledgeable and passionate about the craft. Their combined expertise aided us in digging deep for the emotional preparation for our respective scenes. All I can say is that I was blown away and honored to be a part!

The most exciting part of the two day, intensive workshop was on the second day, towards the end of the class. Tasha reached into her purse and pulled out some bills, then she asked, “who in here is struggling and has no money?” After a few participants raised their hands, she explained that she likes to bless actors because she remembered what it was like when she was broke and could hardly pay her own bills. She also explained that she believed in planting seeds to reap a harvest and this was just another seed that she was ready to sew. The moment was so touching, so profound and so sincere that it started a phenomenon. One by one people who were a part of the workshop were going into their wallets to help other starving artists. It wasn’t about the money, it was a movement of passion and love. And in the end, the real lesson was not just about the craft of acting, but about being humble and planting the right seeds, so that your harvest is great!

For more information on TSAW, go to Tasha’s websiteand if you are an actor or want to pursue the craft, check out her listing of classes and also Ivana Chubbuck’s book,“The Power of the Actor.”